'We love it and want to go back!' Ant and Dec were 'surprised' they had to film another series of I'm A Celebrity in Wales - but insist bosses are hoping the show can return to Australia

By Laura Fox For Mailonline

Ant and Dec have insisted that I'm A Celebrity Get Me Out Of Here bosses are still planning to get the series back to Australia, after it was forced to film in Wales for the second year in a row due to the Covid pandemic.

The presenting duo admitted they were 'surprised' they had to film another UK-based series, and would 'love' to jet back to Australia in November.

It comes after fans' called for I'm A Celebrity to return to Australia next year after complaining the 2021 series, which saw Danny Miller crowned King Of The Castle, was 'too easy,' despite being plagued by production woes caused by Storm Arwen. 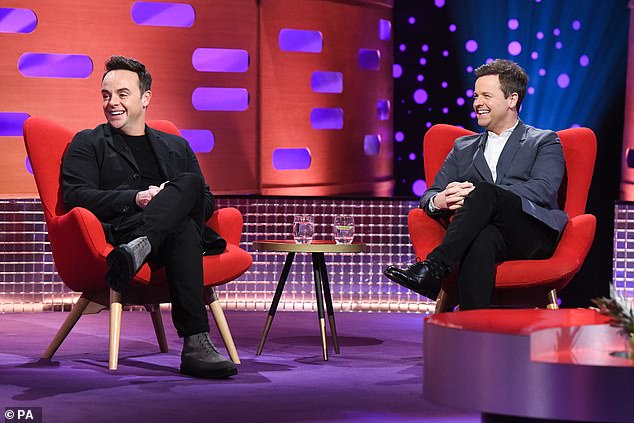 Speaking out: Ant and Dec have insisted that I'm A Celebrity bosses are still planning for the series to return to Australia, after it was forced to film in Wales for the second year in a row

Speaking on The Graham Norton Show, which airs on BBC One on Friday, the pair were asked if they were disappointed the show had to be filmed in Wales again.

Dec said: 'We weren't saddened but we were surprised. With Covid there was no getting around it.'

Ant added: 'If it has to be Wales for another series, we will do it in Wales, but we want to go back to Australia,' while Dec interjected: 'Australia is the spiritual home of I'm a Celebrity and where it's been for 20 years, and four weeks there in the sun in October and November is great! We love it and we want to go back.' 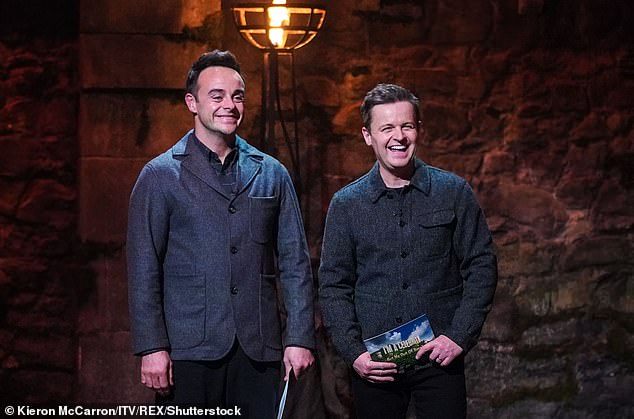 Drama: The presenting duo admitted they were 'surprised' they had to film another UK-based series, after fans called for the show to return to Australia

The pair were guests on the show to chat about their new game show Limitless Win, the first new format the pair have front in 10 years.

Despite the pressure of taking on a different format, the duo insisted their not too fazed by the prospect.

Dec said: 'It's a bit of both. It is exciting but then you realise you are putting something new out there to be criticised and there so many more ways for people to criticise these days than there were 10 years ago!'

Ant and Dec will be joined on the show by Hollywood star Cate Blanchett, comedian Ricky Gervais and Elvis Costello.

A viewers' poll previously revealed that many I'm A Celebrity fans are hoping the show will return to Australia next year.

Fans of the programme said that the producers should seek a new venue, should restrictions prevent next years show from taking place in the jungle. 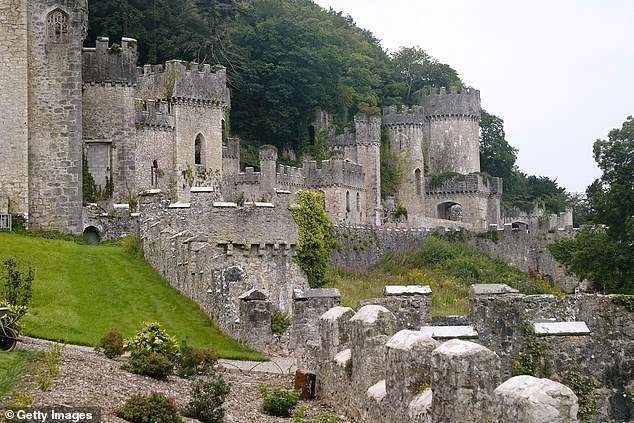 Drama: I'm A Celebrity was forced to return to Wales last year due to the Covid pandemic, and the series was plagued with production woes 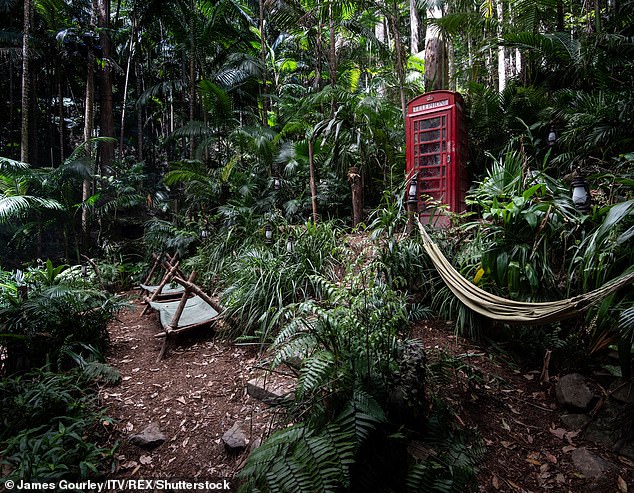 Concerns: Due to the Covid pandemic and Australia's subsequent border restrictions, it is unclear when the show will return to Australia (the I'm A Celebrity camp is pictured) 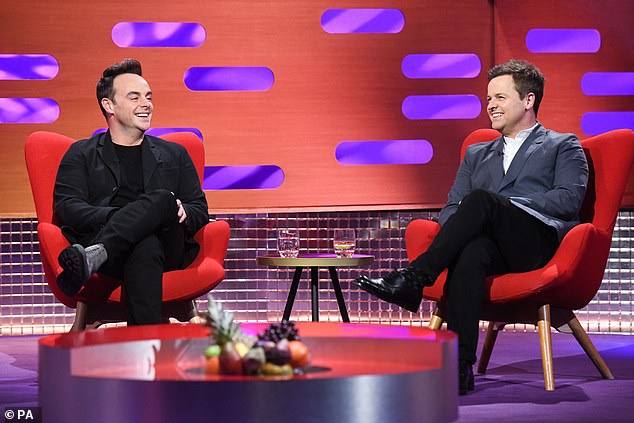 Interview: Speaking on The Graham Norton Show, which airs on Friday, Ant said: 'If it has to be Wales for another series, we will do it in Wales, but we want to go back to Australia'

Numbers showed that just under a quarter of people believed that I'm A Celeb should be filmed on location in North Wales next year.

Last year's show was beset by disasters from the devastation of Storm Arwen to Richard Madeley's untimely departure fans still believed that it was undemanding.

Due to the ongoing Covid-19 pandemic and Australia's subsequent border restrictions, it is unclear when the show will return to Australia

The first week of the show saw the departure of hotly-anticipated contestant Richard due to illness, cancelled shows due to extreme weather conditions and stars removed from the castle after Storm Arwen sent a 100ft tree crashing into a wall of the building.

Two episodes of the show were cancelled because of the disruption to production caused by the storm, with the castle described at the time as being 'like a war zone'. 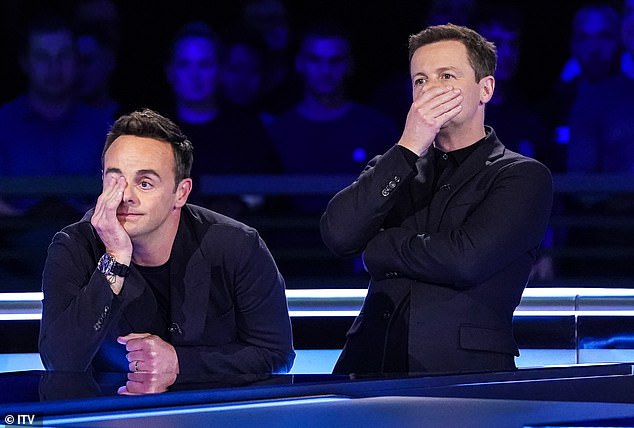 New series: The pair appeared on the show to chat about their game show Ant and Dec's Limitless Win, the first new format the pair have fronted in 10 years

The celebrities were even taken out of the castle for several days due to safety concerns, but in an attempt to maintain their Covid bubble, were kept in separate isolation with no access to phones, internet, or the outside world.

Meanwhile, Ant and Dec also joked their new gameshow could bankrupt ITV, as contestants compete to win an unlimited jackpot.

In what ITV say is 'the biggest prize ever conceived' up for grabs, the five-part series features an endless money ladder, with only a correct answer banking the cash.

Ant told MailOnline: 'We did worry that we were going to bankrupt ITV. We did have a few sleepless nights over whether the contestants would keep winning and winning and we’ve give away millions of pounds.

'Someone could go on and win a world first when it comes to the amount of money. There is a worry that someone is going to go on forever.'

The dynamic duo say they have completely reinvented the rule book when creating the gameshow and it is unlike any other on the television.

Contestants will have a limited number of lives which they can use if they get a question wrong.

The Graham Norton Show will air on BBC One and BBC iPlayer on Friday 14th January at 10.35pm. Ant & Dec's Limitless Win airs on ITV on Saturday night at 8.30pm. 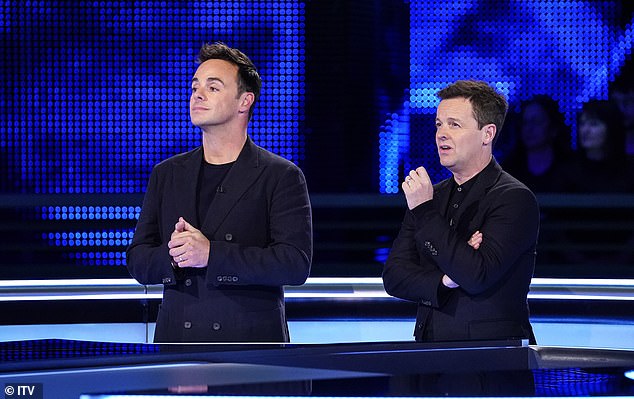 Anticipated: The dynamic duo say they have completely reinvented the rule book when creating the gameshow and it is unlike any other on the television