By Laura Parkin For Mailonline

He's been laying low as he spends time with his 16-month-old baby.

And masked Jude Law, 49, enjoyed some child free time as he stepped out for a solo lunch Morgan and Melrose organic cafe in Primrose Hill, London, on Thursday.

The actor cosied up in a charcoal knitted sweater and joggers for his low-key winter outing to his local cafe. 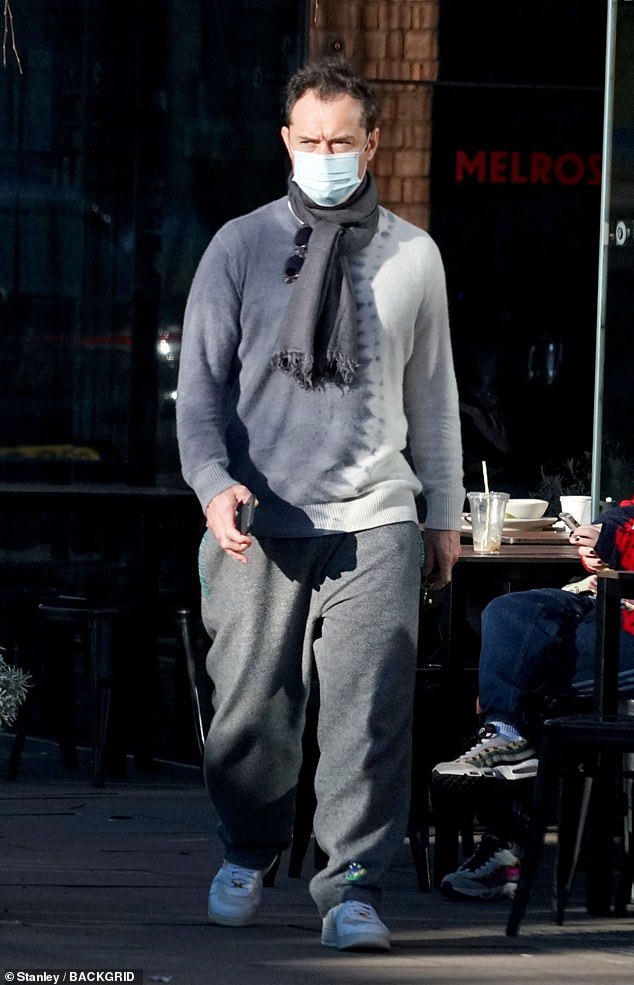 Solo! Jude Law, 49, went low-key in a grey sweater and joggers as he stepped out for a child free lunch outing on Thursday

He added a matching tasselled scarf and a practical pair of white trainers to complete his very casual look.

The name and gender of Jude's latest addition, who he shares with his wife, Philippa Coan, is yet to be revealed. 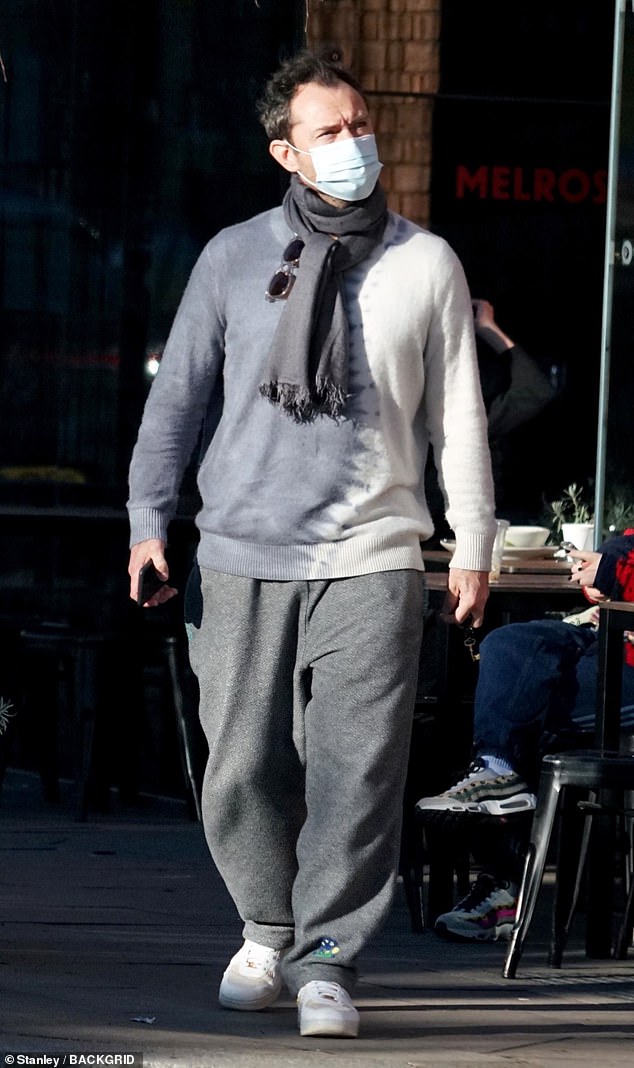 Relaxed: The father-of-six added a matching tasselled scarf for his winter outing to Morgan and Melrose organic cafe in Primrose Hill, London

This comes as his daughter, Iris, who he shares with Sadie Frost, spent her Christmas in sunnier climes as she displayed her toned abs while soaking up the sun in Jamaica.

The model appeared in good spirits as she struck a series of playful poses in a red printed crop top.

The stunner spent Christmas on the Caribbean island where she enjoyed trips to the beach and a boat ride.

Iris has discussed growing up with famous parents and how she is managing with her newly found fame in an interview with ES Magazine. 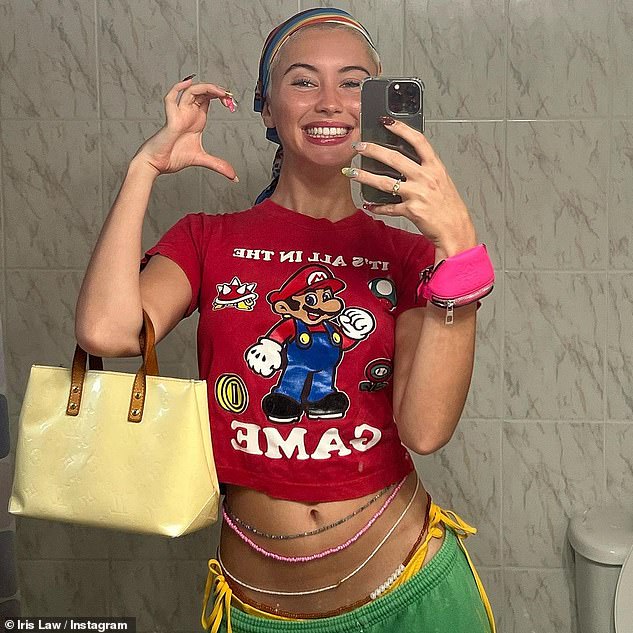 Holiday: This comes as his daughter, Iris, 21, who he shares with Sadie Frost, spent her Christmas in sunnier climes as she displayed her toned abs in Jamaica

She said her parents, who divorced following six years of marriage in 2003, had given her normality in her childhood despite their A-list status.

Iris explained: 'My dad was really young. He'd had all his kids [with Frost] by 30. Mum, too. She also had a baby face.

Recalling her own memories of that time eating snacks on Primrose Hill, she said: 'My parents weren't rock 'n' roll when I was growing up, they were just my parents.

'Everyone's parents were rock 'n' roll when they were young. That's not a crazy thing.' 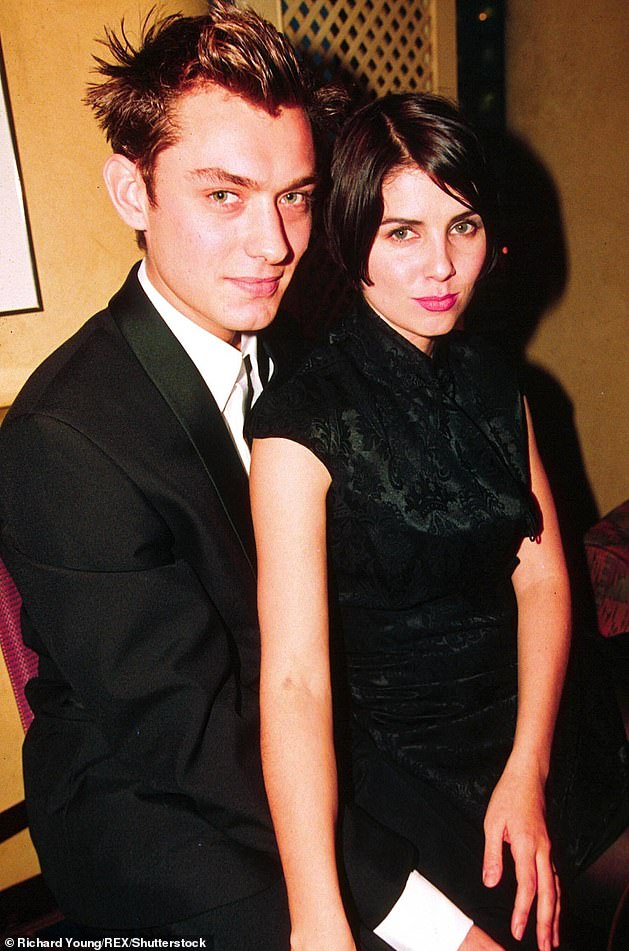 Parents: Recalling her own memories of eating snacks on Primrose Hill, Iris said: 'My parents weren't rock 'n' roll when I was growing up' (Jude Law and Sadie Frost pictured in 1996)