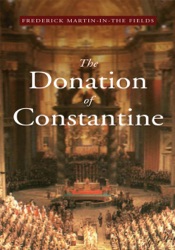 A story of Youthful pride, yearnings of the flesh, moments of doubt... this is a story about a man that was once and is fated to be Gods representative before millions of devoted believers. With the courage of conviction, he faces all the travesties and terrors that the world throws before him, as they all come to play during a decades-long struggle, from the priesthood to his election as supreme, sovereign pontiff. What of the world he faces in the new millennium? With spirit as his ally, he stands before the issues of pederasty in the priesthood, homosexuality, abortion, racism, war, widespread terrorism, and the ever present shadow of Fear. He stands to wrest the very survival of the Church from the jaws of extinction. It is a tale of sacrifice and enduring hope, imbued with emotional power and humor. Presented as a great tale of the future, it leaves the reader asking, what shall become of us in the decades that to follow as the irresistible forces of history come to play with the cycle of human life? The adventures, struggles, and compassionate personalities that molded the life of Cardinal Mangasha, destined to become Constantine, the first pope from Africa, are vividly brought to life in this compelling novel. The aftermath of terrorism economic depression, war and social change ushered in a new age, but he clung to a vision, and with determination and faith, he found the will and spirit to toss the burdens of the past to the ash heap of memory, and fulfill the role Fate had planned out for him. This is a story of Faith in a World that no longer believes in anything!